Thalassemia is an inherited blood disorder in which the body makes an abnormal form of hemoglobin. Hemoglobin is the protein molecule in red blood cells that carries oxygen. The disorder results in excessive destruction of red blood cells, which leads to anemia. Anemia is a condition in which your body doesn’t have enough normal, healthy red blood cells.

Each of these forms of thalassemia has different subtypes. The exact form you have will affect the severity of your symptoms and your outlook.

Some babies show signs and symptoms of thalassemia at birth; others develop them during the first two years of life. Some people who have only one affected hemoglobin gene don't have thalassemia symptoms.

Most children with moderate to severe thalassemia show signs and symptoms within their first two years of life. If your doctor suspects your child has thalassemia, he or she can confirm a diagnosis with blood tests. Blood tests can reveal the number of red blood cells and abnormalities in size, shape or color. Blood tests can also be used for DNA analysis to look for mutated genes. 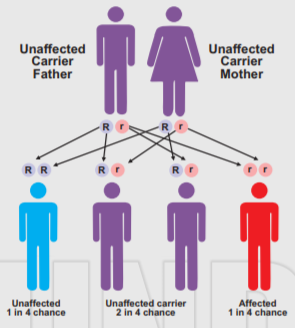 Mild forms of thalassemia trait don't need treatment. For moderate to severe thalassemia, treatments might include:

The life of patients with thalassemia has improved both in duration and in quality in industrialized countries. Complications are still common and include heart disease (heart failure and arrhythmias), chronic liver hepatitis, which can evolve in cirrhosis and, rarely, in hepatocellular carcinoma, endocrine problems (hypogonadism, hypothyroidism, diabetes, hypoparathyroidism), stunted growth, osteoporosis, thrombophilia and pseudoxanthoma elasticum.

The incidence of complications is decreasing in younger cohorts of patients who have been transfused with blood that has been screened for viruses and thanks to the introduction of new oral iron chelators and imaging methods. The accurate measurement of iron deposits allows better management of iron overload. In addition, therapy for several complications is available. Specialized competence in treating patients with thalassemia is of great importance.

Thalassemia is the most common monogenic disorder worldwide. It is common in areas with prevalent malaria as thalassemic red cells provide immunity against the parasite. The incidence of Thalassemia carriers is high in regions such as Mediterranean, Middle East, Indian subcontinent, Southeast Asia and South China. In the past few decades, migrants from the Thalassemia prevalent countries to non-prevalent countries, mainly North America and Central and North Europe, are rapidly increasing in number.

The non-prevalent countries may not have established pre-natal screening system for Thalassemia. The genetic subtypes among the different ethnic groups vary; this may pose challenges in prenatal diagnosis. Genetic counselling on the postnatal course of Thalassemia may be affected by the genotype-phenotype correlation and coinheritance of other genetic diseases. New treatment methods improve the survival of patient with Thalassemia major, but some late complications that occur with longer survival have been recently discovered. 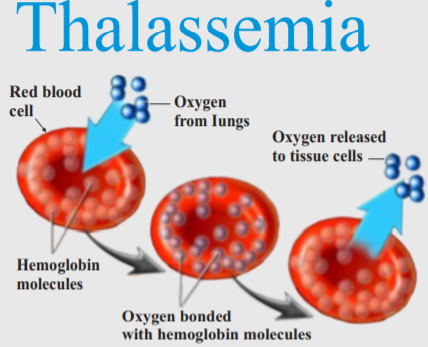