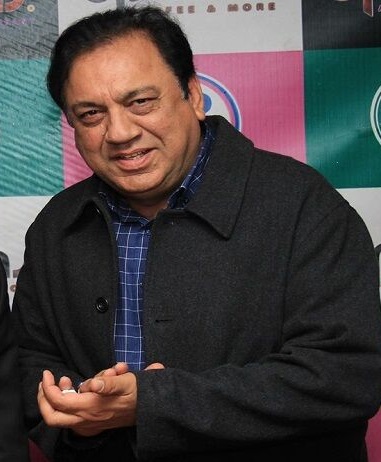 Sohail Ahmed (born 1 May 1963), best known as Azizi, is a Pakistani comedian and stage & TV actor. He also appears in a popular Dunya TV show Hasb-e-Haal where he addresses local, social and political issues of Pakistan in such a manner so that it not only entertains but also clears the if’s and but’s from a viewer’s brain.

Sohail Ahmed, the icon and trend setter, was born in Gujranwala, a city of Punjab Pakistan which is famous due for its food and now the city residents also proudly claim that Azizi is the son of their soil. His father Mian Muhammad Akram was D.S.P Gujranwala while his grandfather Dr. Fakeer Muhammad was a philanthropist known as BABA-E- PUNJABI because of his research work and more than 40 books he wrote in Punjabi. Sohail Ahmed not only performed, he actually improvised many versatile roles and explored his skills so intelligently, which makes him different from others. Sohail Ahmed has also also been an active member of Punjab Arts council and a blunt opponent of vulgarity and obscenity in stage dramas.

Sohail Ahmed has been an active member of Sundas Foundation for many years and currently serving as Director of the Foundation. His services to the organization are exemplary and are a source of motivation for the community.